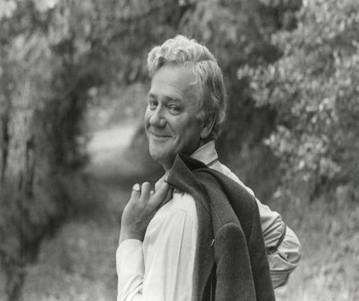 My heart has joined the thousand, for my friend stopped running today.

First thing of all, I don’t really know much of you. In fact, it’s only recently that I learned so many new things about you. Nevertheless, here I am—flustered and all—making this the last thing I write for the year that soon will fade away, in a place where I almost exclusively talk about Japanese comic and animation. You’d probably find all this a bit odd, and honestly I’m still not sure if this is even a good idea at all.

But I want to write this, and so be it.

Thing is, Mr. Adams, I love your work. Again, I have to admit to my increasing embarrassment that I have only really read a grand total of one of them (it is something that I shall attempt my best to remedy). This is the one I’m talking about:

‘Not this book again!’

I can imagine that, perhaps, you are sighing to yourself and wishing that I would talk about your other books and achievements (of which there are so many), stuff beyond just this one thing that you kept being associated with.

But I honestly love it, and it’s one of the few media that has a profound impact on my life.

I’ve seen many American and British people saying that they encountered and cherished Watership Down in their childhood. As I was born in a different continent and English isn’t even my first language, it’s only after I became an adult that I read the book.  It’s an eye-opening experience.

Love your wonderfully vivid description of the wildlife and their habitat. Love the world of talking animals you’re creating here, which boasts robust internal logic and tonal consistency.  Love Hazel, Fiver, Bigwig, General Woundworth, and everyone else with such richness that I’ve previously never imagined from non-human characters. Love the epic feel of the whole book, and a gentle reminder that the world, as beautiful as it is, has many fangs. Love the story behind the book, which originally started from the tales you told to your kids.

It lit something inside me. Before Watership Down, I only had the vague idea that I want to write. Perhaps, possibly, maybe. Then, this book truly made me realize that I also want to write about talking animals. Tales of struggling wildlife, using fantastical elements to convey courage, camaraderie, and above all, kindness. I went on to write numerous stories like that, found similar like-minded friends who also love those stories, and published our works in a book. I confronted and slayed my personal demons in the process of writing these stories, some of which I wrote specifically in relation to my experience with my family, and one is a special gift to the girl I love. It’s a cathartic experience, and it’s thanks to you, Mr. Adams, and your unforgettable band of rabbits.

You have done many great things in life, and while the act of inspiring an Indonesian kid to finally evolved from ‘wanting to write’ to ‘actually write something’ might be completely trivial compared to your act of kindness toward the living beings that can’t protect themselves, it is still one that you’ll have my eternal gratitude for. Thank you, and I am looking forward to explore  more of your works in the near future, and get to know even more of you.

(Richard Adams, English author, animal activist, poet, veteran, father, and husband, passed on 24 December 2016 at the age of 96. He had a long and very fulfilled life).

One thought on “To a Storyteller”